There's a long running feud of macarons, which apparently is between Laduree and Hermes. Since Hermes recently crashlanded in Selfridges, I finally got round to trying them. In a nutshell, don't do it!! Haa... Opinions do differ though and I have a friend who believes Hermes has the crown, but to me? They are overstuffed nuggets. The name of the flavour is more interesting than the taste, and the ultimate test - the salted caramel for me, just doesn't live up to Laduree's delicate and pleasing nibble. 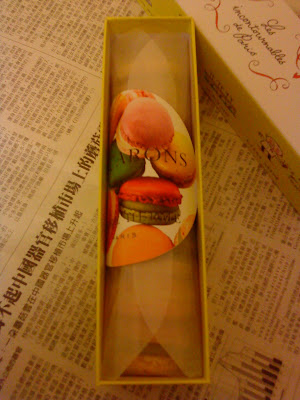 Packaging wise, the bag was a bit trashy (unpictured because I was that offended :P ) a white bag with leaf cut outs. Too primary school for me compared to Laduree's "Marie Antoinette shops here" style bag. The box, well I had to ask specifically for a box than a plastic bag, was nicer than the Laduree one because it was good and solid, but I can probably find the solid ones at Laduree too. 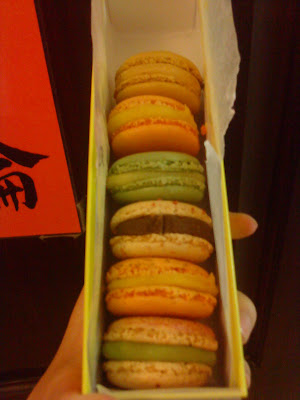 And so, the little overstuffed little suckers sit. Costing well over a quid each. Ouch.
Now, drumroll please, some William Curley cake porn. I've loved him since he was at Green Park. Funnily enough I'm not a major lover of his chocolate. Paul Young seems to have the eccentric zing for me, whereas my staple is Selfridges. But the cake. Oh the cake.
We were doing the elephant challenge (as you do) and I got all of them bar the late released Glastonbury number (as only the obsessed do)... and we stopped off for some cake at the Sloane Square shop. We also had the lemonade which had a very interesting little touch of vanilla. Kudos William.
Item one: Blackforest number. 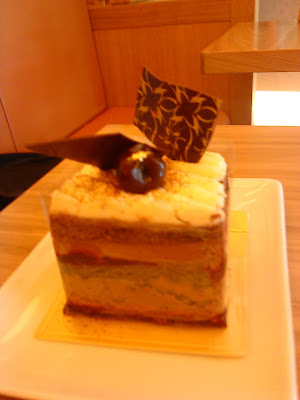 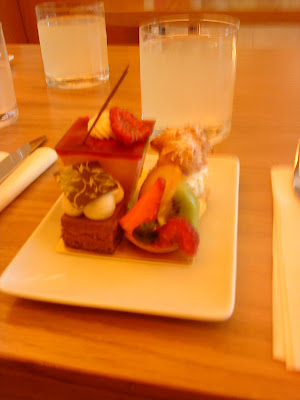 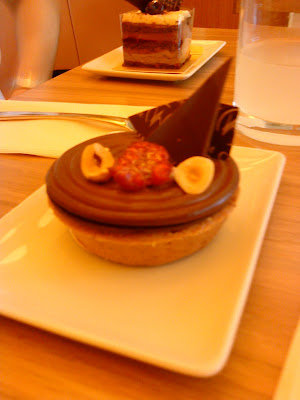