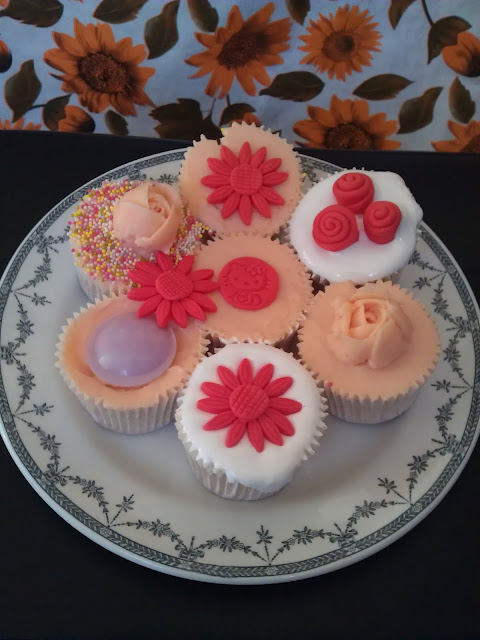 I went to Cork last week for work and found a rather lovely shop called Brennan's which I LOVED. The entire first floor is cake *stuff* and it's hung with all the icing cutters you could want on the wall. I was in there oohing twice over the same Saturday. The lady let me :)

I decided to purchase a Gerbera cutter set, the biggest Wilton petal nozzle I could find, briar rose cutters, red fondant, and various other little flower cutters as well as the red fondant. So since I was home with no plans this weekend, this is what I got up to . The icing is strawberry flavoured icing from Silverspoon which I bought on a whim.

It's interesting stuff. 125g which you add a spoon of water to and then mix with butter. Pretty effective as it doesn't cause huge icing sugar clouds to form. I might see if I can do that for my normal buttercream. Note that it does say it covers 12 fairy cakes, not cupcakes, and certainly with my decorations it doesn't really stretch. The colour once mixed with butter is a bit more of a muted orangey colour fyi, but if you made it glace I think it would be quite "proper" fairy princess pink. As in too pink for adults.

So I made a few ribbon roses by folding strips of fondant together and rolling, a rose which isn't seen here, various stamp outs and my buttercream roses. It's probably my second time trying to make them, but I have to say, having a giant nozzle, makes ALL the difference. Unfortunately of course, you have to eat the bucket of icing... sorry to say it, I've not brought myself to eat the cakes with icing on yet, but I'm working up to it.

If you are interested, the white iced cupcakes are just marshmallow fluff, and the cupcake recipe themselves were from The Hummingbird bakery book, but ignoring the recipe and going with a cream butter and sugar then add the rest in batches methodology. That recipe FYI makes 12 but makes 12 with a large margin (3/4 of a cm?) from the top of the muffin case. Making icing interesting if you don't like mounds of the stuff. It was another so-so vanilla recipe.
Posted by pink-kimono at 17:15 No comments:

It's been a while since I last blogged, but in fairness I've not made anything blogworthy. Nothing uber pretty, no recipes I thought were inspiring, but here come the pictures and the round-up of my recent bakes.

Coconut and lime cake - tangy. The sponge was quite unique in that it used 1/2 a grated block of coconut and it became very light and a different type of sponge to normal. Not chiffon, not victoria, not muffin, but different. The topping was a bit tangier than I wanted, but next time I'll get it to marshmallow properly. As a nice afternoon tea kind of thing, I'd make it again. 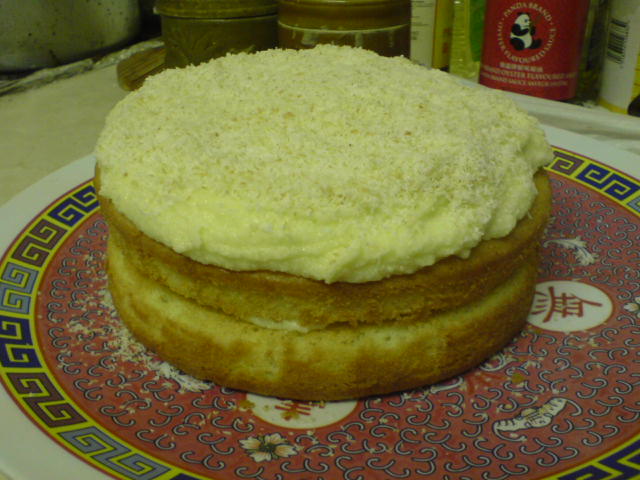 Low fat strawberry gateau - call it shortcake. This was an interesting proposition, and wasn't that bad. You had to accept that the "sponge" was more biscuit, but then there wasn't a raising agent and when you poured it onto the swiss roll tin it spread so thin the creases in the baking parchment showed and the cake curled when the paper curled from the heat. 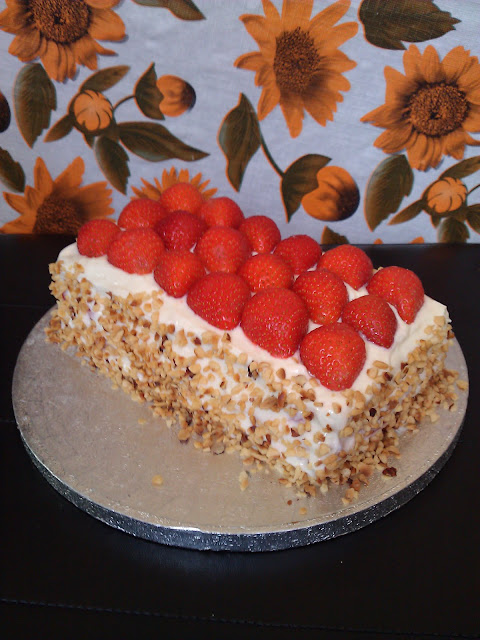 What I did find was that it was near impossible to stick the nuts on the sides of the gateau. You know when you have cake and buttercream they say to hold it up and dip the nuts on, it's a lot harder when the cream is of a drippy soft consistency that fromage frais and low fat cream cheese makes. You'll have to forgive the two pictures, I didn't know which one I preferred and it is a rare occasion that I bother to pose it properly. 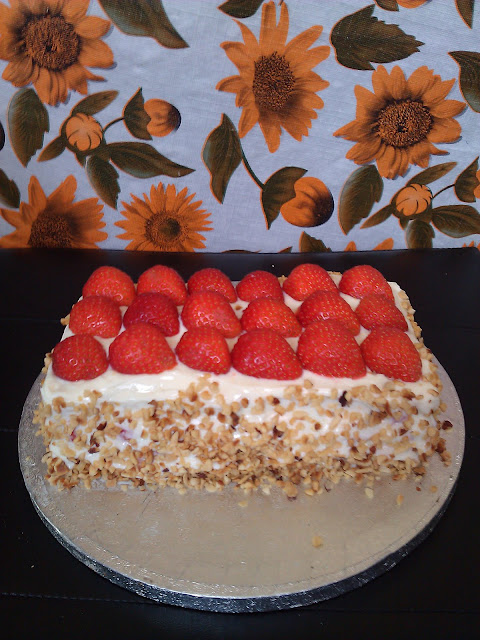 Lemon and mincemeat tartlets - Actually quite yum. Excuse the odd time of year for mincemeat, but you know that stuff lasts for years. What I keep forgetting is how hard it is to roll pastry thinly. Always use a polythene food bag under the rolling pin and it gets thinner without breaking. Awesome. 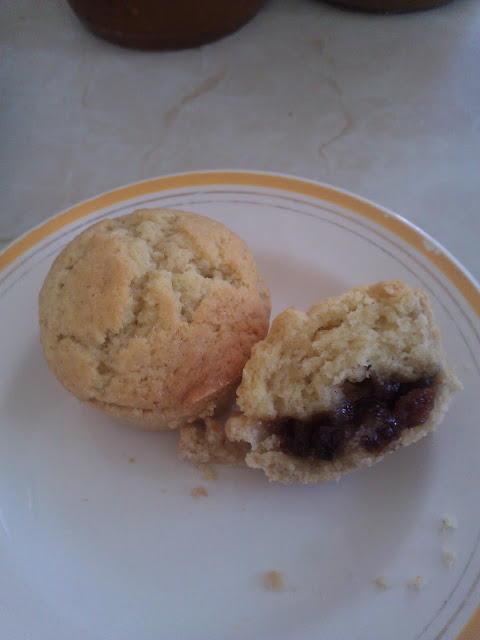