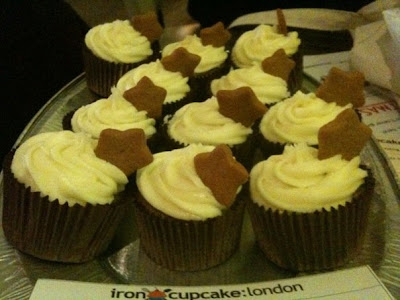 There's something called the Iron Cupcake competition which has been around for around six months. I've followed it from the beginning on the Caped Crusader's site (see right) but I've never been because I was always out of town with work. This was the first time I made an entry and it was lemon and ginger. First off, I'd like to say it is not a good idea to bake something first time for a "competition" but since it's free entry for bakers I thought I may as well.
The lemon and ginger recipe came from the book Decadence, with some adjustments because I didn't have any stem ginger, and so instead I did a coning job and filled
it with a little bit of lemon curd mixed with a ginger syrup I made. The gingerbread cookies however was a pretty wonderful recipe, also from Decadence. 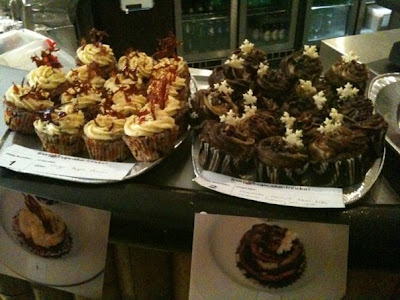