Honey Madelines and some other random bakes 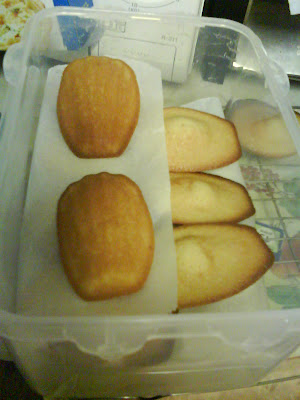 I haven't posted for ages, but then again, I've not really baked for ages. I had a yen earlier in the year to buy a madeline tin - not that I particularly liked the factory monstrosities that my mum occasionally got from Icelands/poundshops, but the shell is pretty so I did it. I waited till work took me to a town with a Lakeland and bought me a tin! You'd be surprised how hard it was to find tbh. John Lewis sells silicon ones, and the rules are that silicon doesn't make the nice colouring in the grooves. Anyway, Lakeland has the cheapest at around £8. In the wretched way of most recipes, the recipe made 14 madelines... when my tin has 12 pockets. So I made an extra mini pan as well. The recipe I use was from Roux brothers for Honey Madelines. Claire Clark repeats it in her book Indulgence. It's easy as and makes a liquid mix so I'm not entirely sure where all the concern for more air to make it light came from, but there you go. 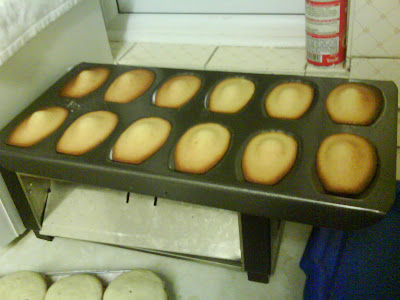 Other little bakes include Pineapple upside down cake: 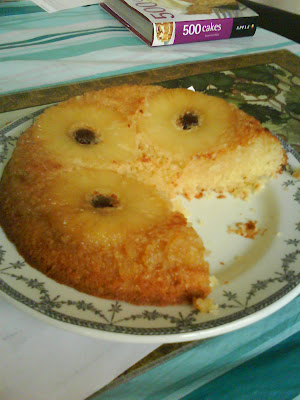 Blueberry whoopie pies which were heavy - blame the recipe pamphlet that came with the tin (Robert Dyas, £6.99??) and Allisons lumpy flour... but using blueberry rather than plain yoghurt makes them this rather grotesque Halloween blue. Awesome. 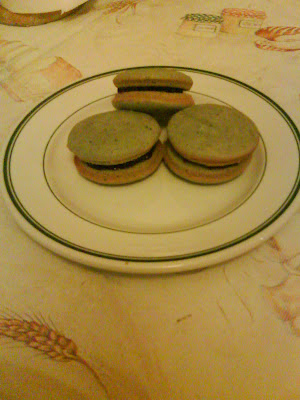