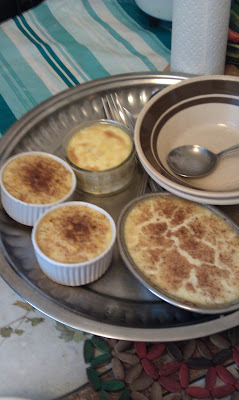 Today I decided to try some new recipes from my books. Corn custards from Marcus Wareing's book Nutmeg and Custard. Funnily enough, there's both Nutmeg AND Custard in this...

It was a really basic recipe although I had to amp up the heat to Gas Mark 5 rather than 1/2 as after 20 minutes it still didn't set. It was lovely... but I'm not into it. It's too sweet as a side dish, and that's just from the natural sweetcorn! 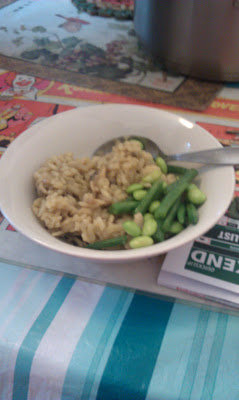 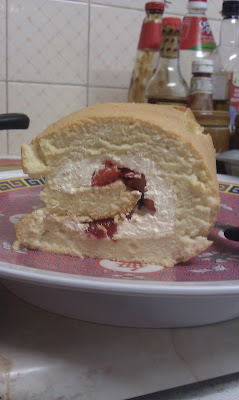 This was from yesterday. Strawberry and cream chiffon swiss roll. It was my second attempt at chiffon as it's drives my mother's competitive streak so I try not to touch it too much. I used Sunflower (see blogs on the right) recipe for Orange Chiffon, replacing the orange juice with water instead. I poured far too much and therefore made this giant roll which cracked when I rolled it. But it was lovely and got eaten very quickly. I still think my mother's version has an edge, but I think that's due to the cream of tartar in her recipe. This recipe only has baking powder so it's a little crisper.
Posted by pink-kimono at 20:42