It's baking time again!! But at least it's not me. See below: Our selection of "wives" cakes. Legend has it some man lost his wife in a gambling debt (welcome to the Chinese and gambling), and to get her back, he sold lots of these cakes to buy her back.

Well tomorrow I'm going up north to the Grandparents and so mother dearest baked a lot of cakes. I sat aside and let her get on with it as I'm not a major fan tbh. But check out the pictures. 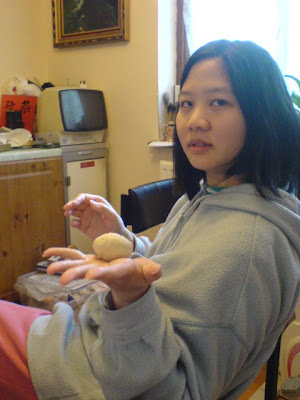 Pei-dan is a thousand year egg. It's an egg that has become a black jellified solid. It tastes amazing in congee, but it also goes in these little cakes, in a mass of lotus paste wrapped in flakey pastry. I can't say I'm a fan of it in that form, but it's something we make. The pastry is the same as the wife cakes but they are more egg shaped.

Mama-san egg washing the "wife" cakes. These are stuffed with a more melon paste type concoction. Wife cakes are flat rounds and there are some special places in HK that are reknown for them. Personally I've not gotten over the wife cakes that have chunks in them as they taste nicer with more texture. 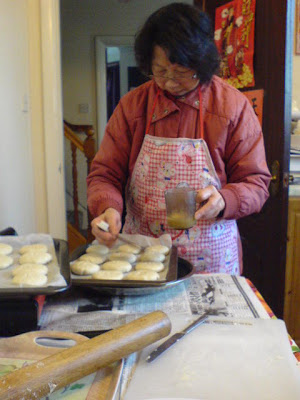 Boxed up wife cakes for grandparents. 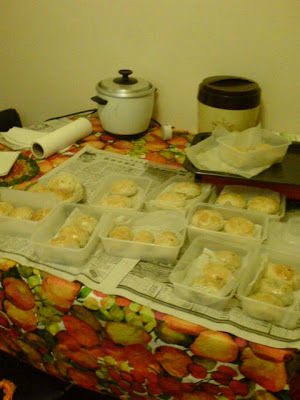 Mum mixing mooncakes (yes we know they're out of season). 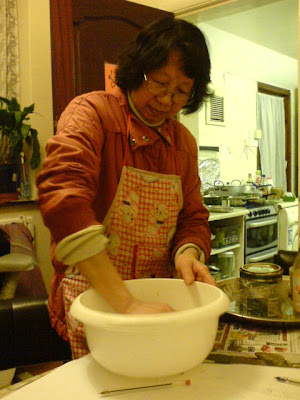 Eggwashing the mooncakes (also not a good idea as they got too brown in the end). 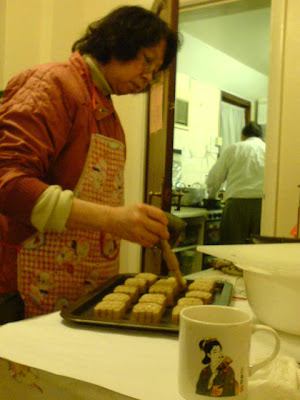 We stuffed theses babies with lotus paste mixed with some flour to lessen the sweetness. The incredible pattern is due to the mould. 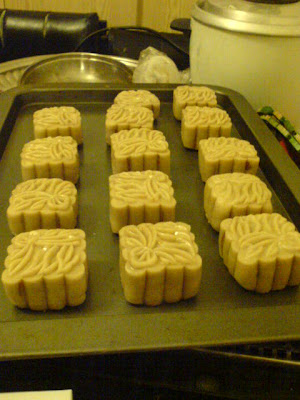 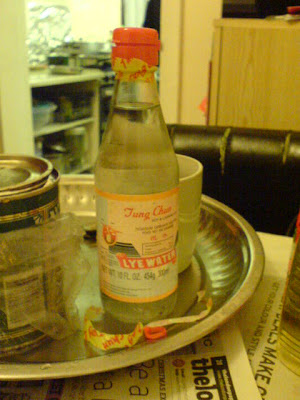 My cheese and parma ham puff. Completely unchinese. But I needed to use up the cheese and ham. 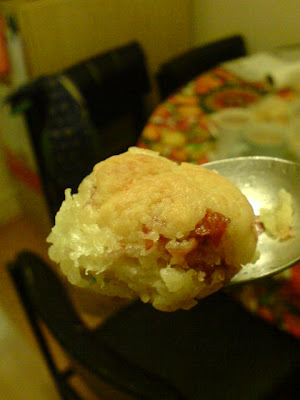