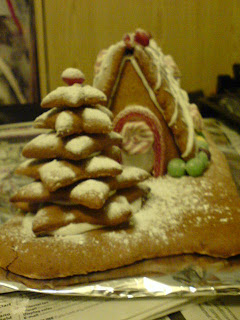 Forgot that I wrote so much last time!
Basically facebook took over and most my pictures are posted there as it's so easy, but in the mood to pick this up again.
First of all, I've realised that I've grown attached to a few bloggers - namely the pictures, not the words - but they are somewhat amazing and very regular with their posting! Therefore it is worthy of mention.
http://tartelette.blogspot.com/
Other than that my baking has pretty much gone along the same train although "Chinese Cooking Made Easy" came on the BBC for six weeks, which made for more love to hate tv. Taiwanese smiley girl dismisses takeaway food as the devil incarnate and proceeds to burn her own version on tv. Great. Check out the BBC website for some forumite bashing. Same goes for the British Born Chinese version.
Speaking of which though, I have been on a hell-bent to find more chinese baking to make. As it was Harvest Moon festival for Chinese people recently (not that I could celebrate - I was in Aberdeen with work :( ), I will be making mooncakes at some point. That's about as cultural as I get - apart from my quest to find a mixture to make Chinese whipped cream for frosting my cakes with. If you haven't tried it, Chinese cakes are lighter. The cake base is essentially chiffon cake, however the cream I haven't managed to master/find the secret formula for. All roads currently lead to vegetable shortening. Swiss meringue seems close but it tastes too buttery... yes I may be finding that my dream cream is actually frankenstein in disguise but I have to find the secret!!We shall see. For now, have some pictures of my random baking from last Christmas (when mass-producing gingerbread for the masses).
Posted by pink-kimono at 14:24